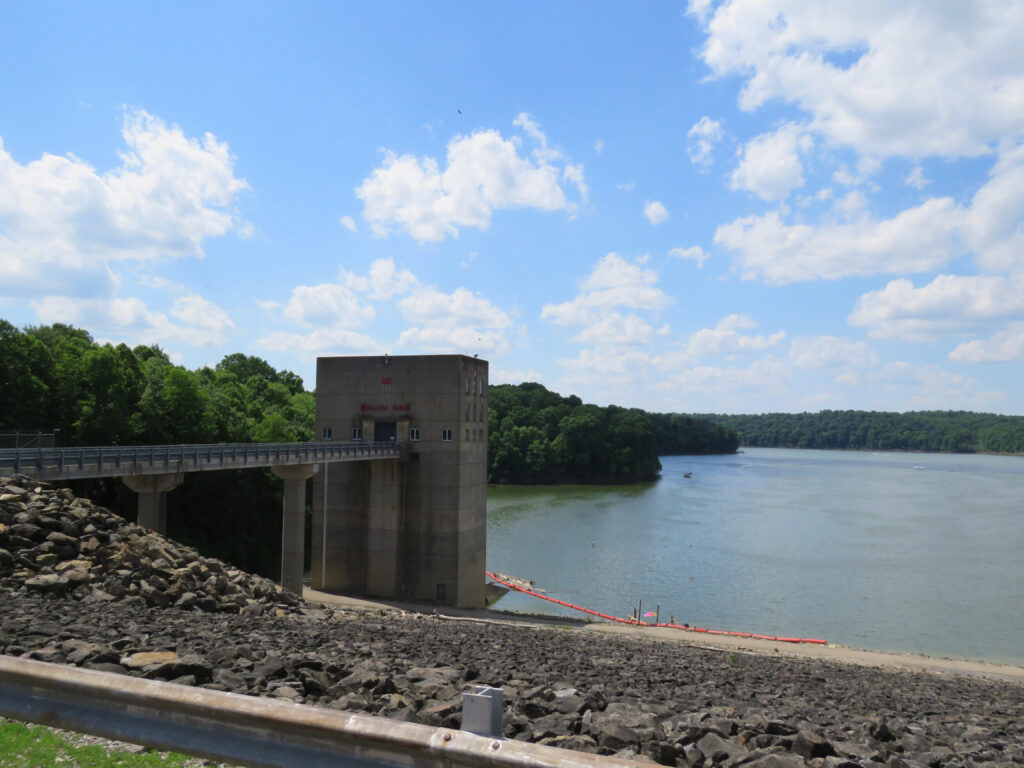 Naming of Dillon Lake followed a long standing US Army Corps of Engineers tradition of naming the lake after the closest town. Dillon was started by Moses Dillon, a Quaker from Maryland. While on his way to bring Christianity to the Indians in the early 1800s he saw the falls on the Licking River and noticed that nearby there was coal and iron ore. He settled here and built what was one of the worlds largest iron foundries.

Restrooms are located at the Project Office, below dam, and the playground/picnic shelter area. The U.S. Army Corps of Engineers owns and maintains the dam, the lake and most of the land surrounding the lake for flood management purposes. Areas for recreation and wildlife management are leased to the Ohio Dept. of Natural Resources.

Universally Accessible facilities are provided at the Project Office, including our playground, picnic area, fishing pier and most restrooms.

The Adena people lived in this region from approximately 1000 BC to 4000 AD They lived in semi-sedentary villages and hunted game and gathered wild fruit for subsistence. The Nashport Mound, a large conical-shaped earthen structure, has been attributed to the Adena culture. The mound, which is listed on the National Register of Historic Places, was excavated by the Ohio Historical Society. Dillon Dam was authorized by the Flood Control Act of 1938. Work began in June 1946 but was delayed due to insufficient funds and later the outbreak of the Korean Conflict. Construction of the Dam itself began in June of 1958 and was completed in September 1961. The cost of the whole project totaled almost 30 million dollars.

Dillon Lake is approximately 6 miles northwest of Zanesville, Ohio and twenty miles east of Newark, Ohio. Access to the lake is provided by State Route 146 via State Routes 16 and 586 from the north and US 40 and Interstate 70 from the south.