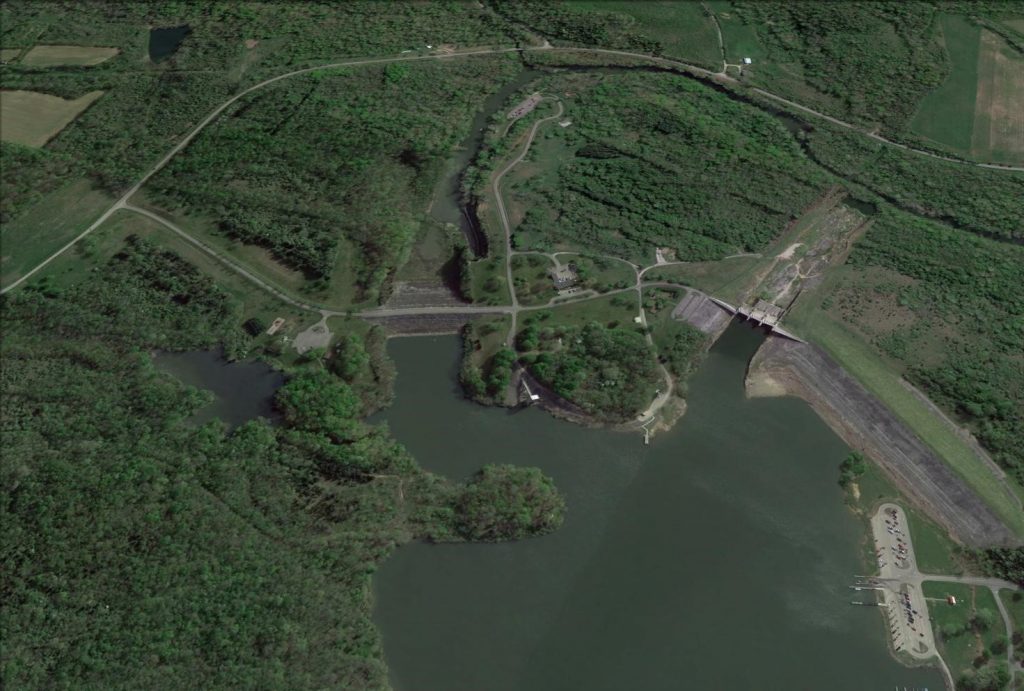 Paint Creek Lake was authorized by the Flood Control Act of 1938 to provide Flood Damage Reduction, Water Supply, Recreation, and Wildlife Habitat. The U.S. Army Corps of Engineers began construction of the project in 1967 and completed the dam and recreation facility in 1974. The project, 20 miles west of Chillicothe in Ross and Highland counties, regulates runoff from 573 square miles – about 50% of Paint Creek basin’s drainage area.

Nearby evidence indicates the former presence of the Paleo-Indian, Archaic, Adena, Hopewell, and Fort Ancient cultures. Seip Mound is adjacent to U.S. 50 between Bainbridge and Bourneville. The Hopewell Culture National Historical Park is on Route 104 just north of Chillicothe, Ohio’s first capital. In modern times, the area was common ground for the Native American Tah-gah-jute and later named Logan, and Tecumseh whose dream of an Indian confederacy is told in the outdoor drama at Chillicothe.